A neonate born to a diabetic mother presents with hypoglycemia and hypertension. 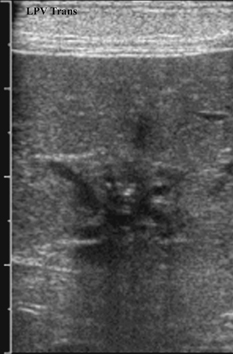 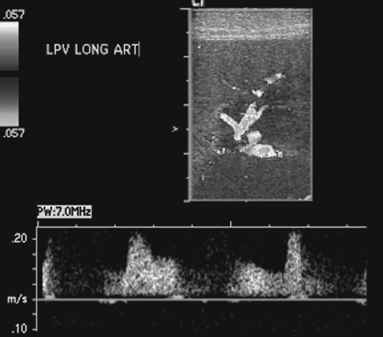 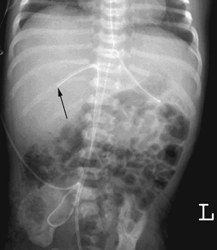 Figure 66C Abdominal radiograph of a newborn showing the tip of the umbilical vein catheter projecting in the region of the right portal vein (arrow). 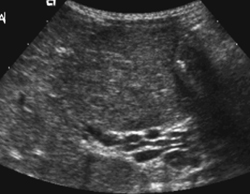 Thrombosis of the left portal vein

Portal venous thrombosis is the major cause of extrahepatic portal hypertension and gastrointestinal bleeding in children. Umbilical vein catheterization, commonly used in neonatal intensive care units, is a major cause of portal venous thrombosis (Fig. 66C). Thrombosis may only be detected later in life when established collateral venous circulation, including gastroesophageal varices and cavernous transformation of the portal vein, have already occurred.

Portal vein thrombosis is frequently associated with prolonged placement of an umbilical vein catheter. Risk factors include low birth weight, reduced blood flow, hypoxia, and hypercoagulabilitydisorder. Malposition of the catheter in the left portal vein is most problematic, with the umbilicoportal confluence (space of Rex) being the main site of thrombosis. Spontaneous resolution is the usual outcome. 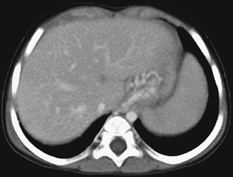 Figure 66E CT demonstrating varices along the lesser curvature of the stomach in a child with splenomegaly.