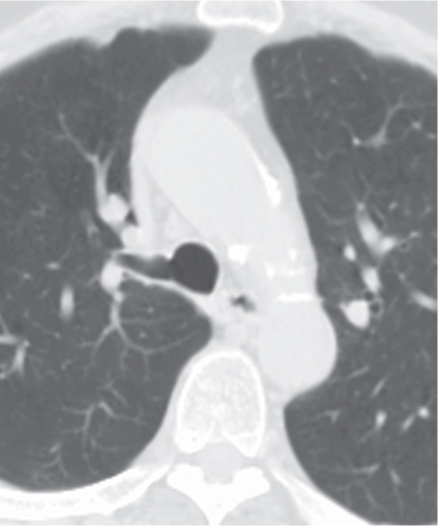 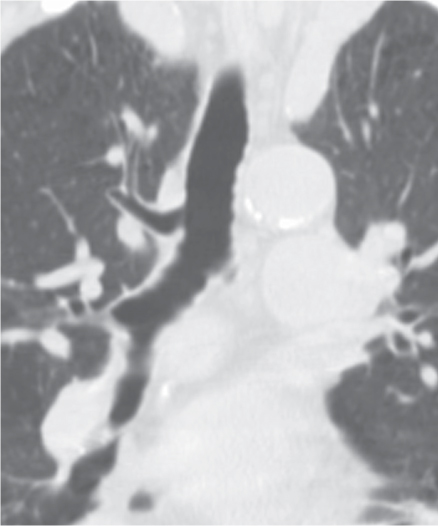 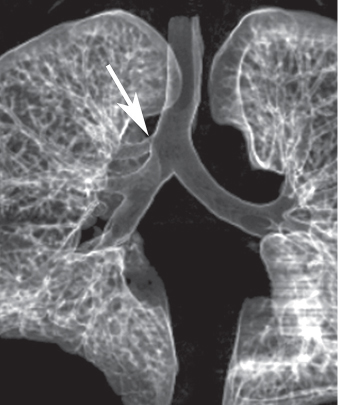 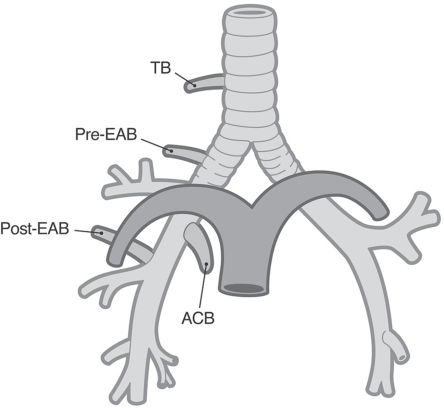 Variations of bronchial branching are common, may affect all portions of the tracheobronchial tree, and are usually discovered incidentally. Tracheal bronchus is characterized by its anomalous origin from the lateral tracheal wall (usually within 2.0 cm from the carina) and typically supplies the right upper lobe. It is also known as “pig bronchus” or “bronchus suis” (the usual anatomic bronchial morphology in pigs and certain other mammals). Other right-sided anomalous bronchi are classified as pre-eparterial or post-eparterial