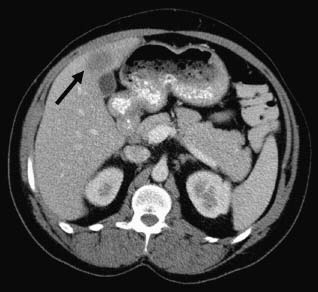 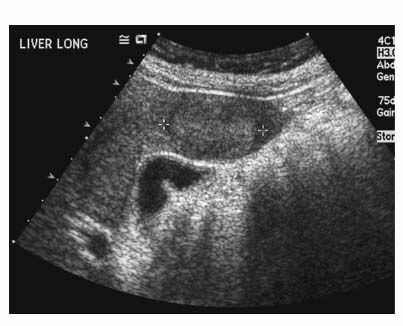 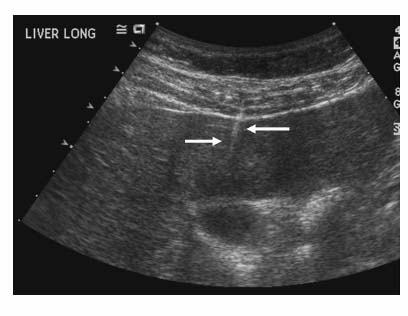 Figure 71-3 Ultrasound performed during biopsy shows the needle path into the lesion (arrows).

The patient underwent ultrasound-guided percutaneous biopsy of the liver lesion. He was placed supine and the upper abdomen was prepped and draped in standard fashion with Betadine (Purdue Pharma, Cranbury, New Jersey) and sterile towels. A sterile cover was placed on a 3-MHz ultrasound transducer. The mass was visualized in both transverse and long dimensions. Both the trajectory and depth of the mass were noted while scanning. A skin site was chosen and infiltrated with lidocaine using both 25- and 21-gauge needles. A small skin incision was made using a scalpel and an 18-gauge 10-cm long biopsy device was inserted under real-time ultrasound guidance into the mass (Fig. 71-3). A single 2-cm long 18-gauge core was obtained and placed in formalin. The patient was monitored for 2 hours after the procedure and discharged with a family member without incident. Pathology was consistent with hepatocellular carcinoma.

The types of needles used in percutaneous liver biopsies can be divided into the suction types, such as the Menghini (Baxter Health Care, Deerfield, Illinois) or Jamshidi (Allegiance, McGaw Park, Illinois) needles, or the cutting types, such as the Tru-cut needle (Baxter Health Care, Deerfield, Illinois). The cutting needle is associated with increased risks of bleeding, as with larger bore needles. Another type of biopsy needle is the spring-loaded cutting needle that minimizes the procedure time and liver dwell time and therefore decreases risk of bleeding. A cutting needle is preferred in cirrhotic livers, as suction needles tend to fragment the fibrotic liver parenchyma. 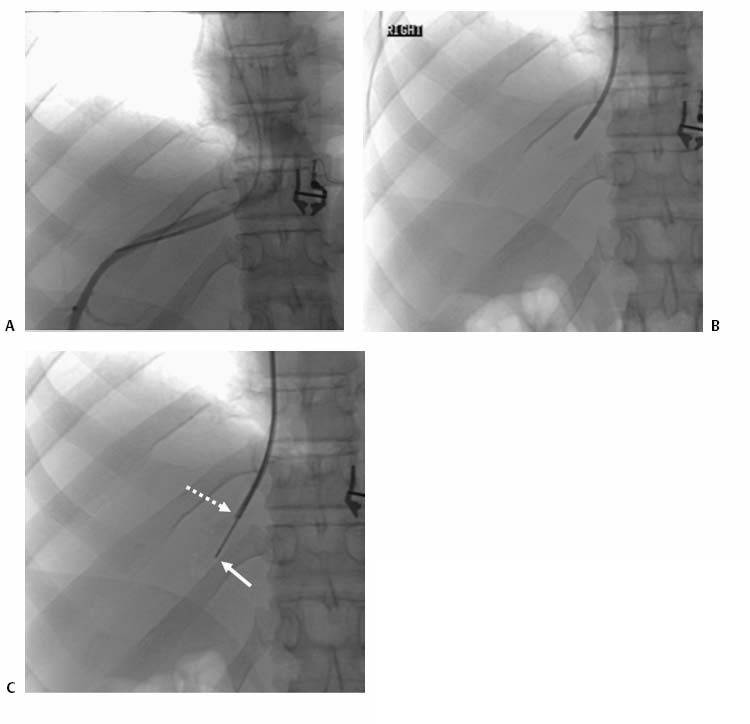 A typical transjugular biopsy set is the Cook’s Laboratory-200 system (Bloomington, Indiana). This system contains a 7-French (F) curved sheath system and a 19-gauge spring-loaded core biopsy needle. First, access is gained in the right internal jugular vein, and a 9F vascular sheath is placed. Through this sheath a catheter such as an MPA catheter (Boston Scientific, Natick, Massachusetts) is used to select the right hepatic vein. Contrast is injected through this catheter to confirm position, and the catheter is replaced by a stiff wire (Amplatz wire; Boston Scientific, Natick, Massachusetts). The curved sheath is advanced through the 9F sheath and over the wire into the hepatic vein. The wire is removed and the biopsy needle is introduced through the curved sheath to obtain liver samples. Typically, three samples are obtained and placed in a fixative solution.