5 Embolization for an Upper Gastrointestinal Hemorrhage

A 54-year-old female with massive hematemesis was admitted to the intensive care unit and underwent emergent upper endoscopy. This revealed a bleeding duodenal ulcer. Hemorrhage could not be controlled using endoscopic therapy. The patient was then referred to interventional radiology. 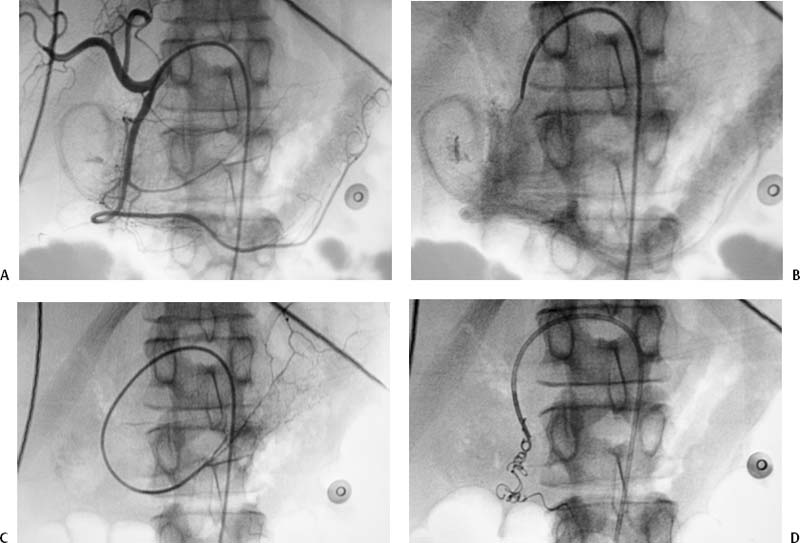 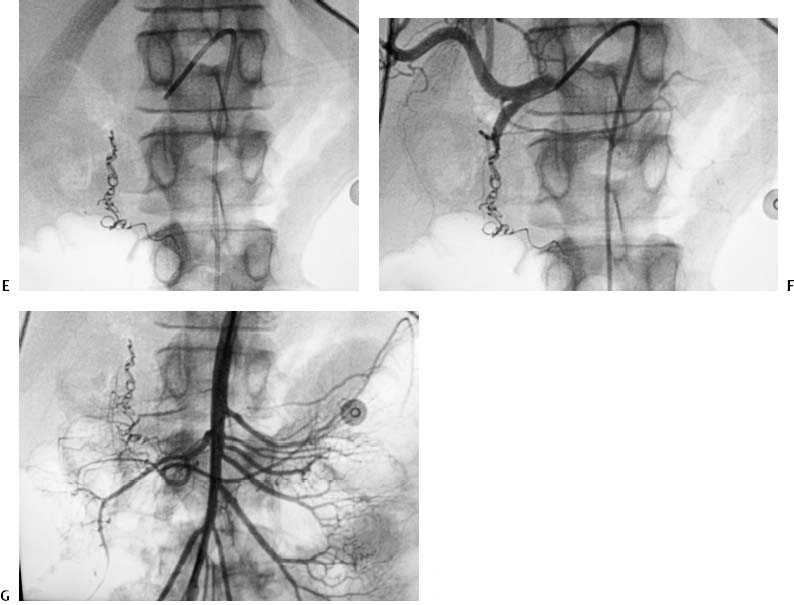 The right common femoral artery was punctured using the Seldinger technique and a 5-French (F) sheath was inserted. Through the sheath, an RC-1 (Boston Scientific, Natick, Massachusetts) catheter was used to selectively catheterize the common hepatic artery and an angiogram was performed, revealing contrast extravasation from the gastroduodenal artery (Figs. 5-1A, B).

The catheter was advanced into the gastroepiploic artery beyond the site of bleeding in the gastroduodenal artery (Fig. 5-1C). Coils and Gelfoam (Pharmacia and Upjohn, Kalamazoo, Michigan) pledgets were deployed across the bleeding site in the gastroduodenal artery (Figs. 5-1D, E). A postembolization common hepatic arteriogram revealed cessation of bleeding (Fig. 5-1F). The catheter was then used to select the superior mesenteric artery, and angiography was performed revealing no hemorrhage from retrograde flow (Fig. 5-1G).