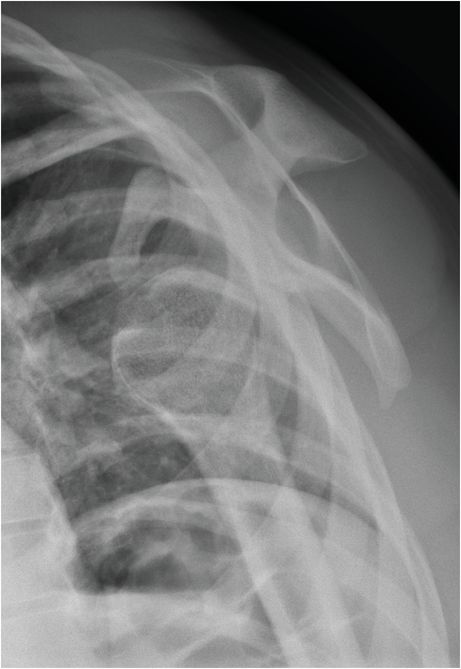 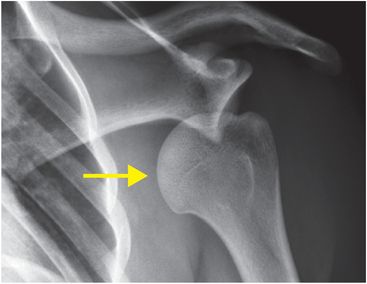 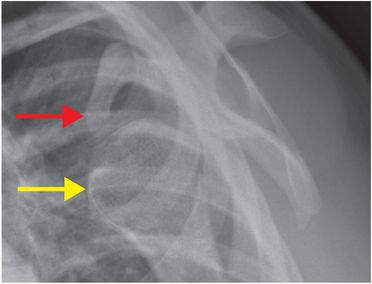 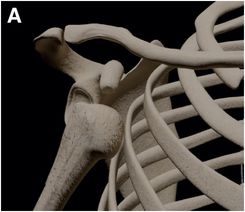 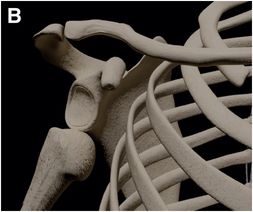 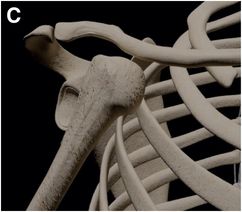 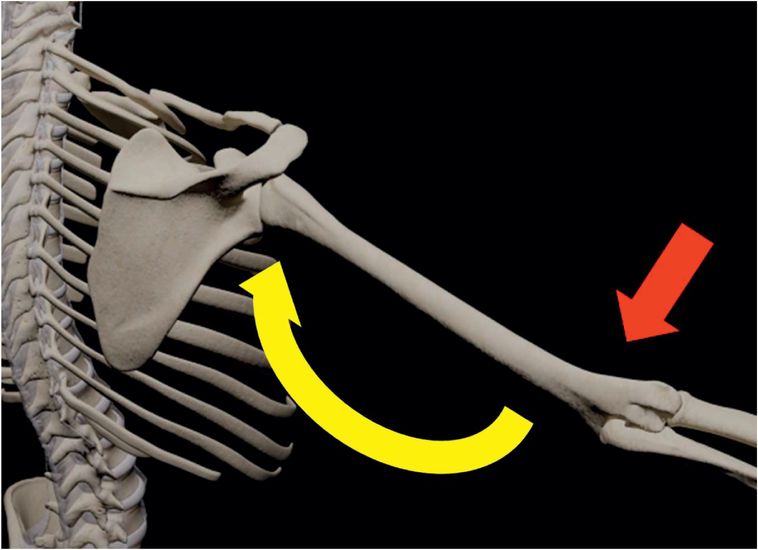 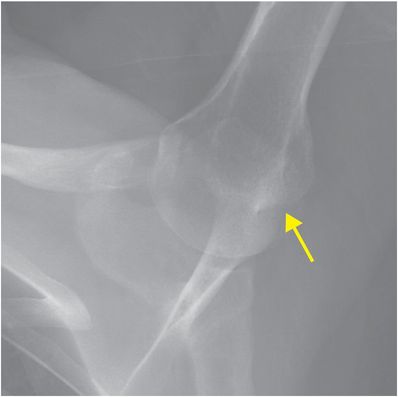 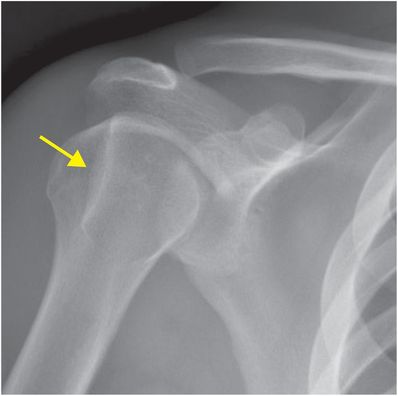 A Bankart lesion is an injury to the anterior-inferior glenoid labrum caused by impaction of the humeral head after dislocation. The glenoid is intact with a soft tissue Bankart injury, while a bony Bankart includes an avulsion fracture of the anterior-inferior glenoid rim. West Point radiograph of the shoulder (upper image) demonstrates a slightly displaced fracture of the anterior glenoid rim (yellow arrow), suggestive of a Bankart fracture due to prior anterior shoulder dislocation. Axial T1-weighted MR image of the shoulder in a different patient demonstrates an anterior-inferior labral tear consistent with a Bankart lesion (red arrow), and a partially imaged Hill–Sachs lesion (blue arrow). 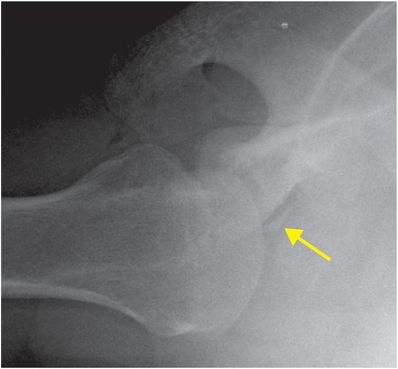 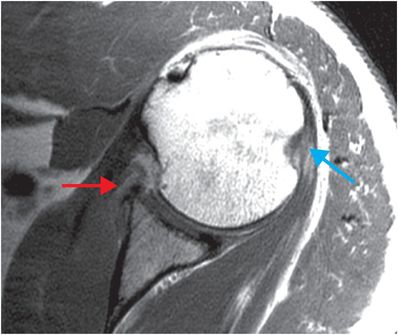 Greater tuberosity fractures are often associated with anterior dislocation and are relatively uncommon in isolation. There may be limitation in functional ability if there is significant displacement of the fracture. Treatment is typically operative, with repair of the often-concomitant rotator cuff tear. AP radiograph demonstrates anteromedial shoulder dislocation with a displaced greater tuberosity fracture (arrow). 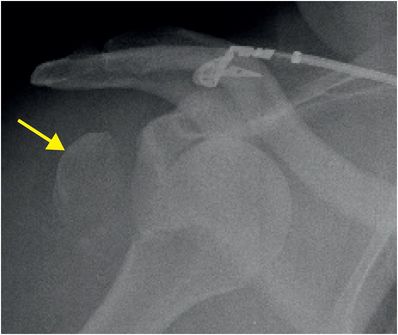