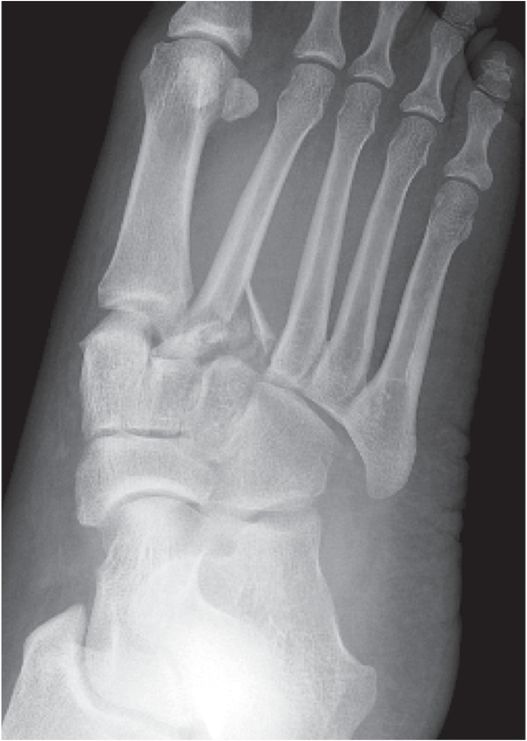 Frontal and oblique radiographs of the right foot demonstrate a comminuted fracture through the base of the second proximal metatarsal (yellow arrows). There is widening and distortion of the Lisfranc joint (red arrow), with lateral displacement of all metatarsals including the first, consistent with homolateral injury. 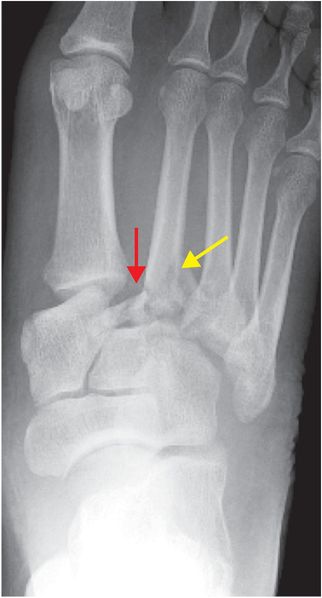 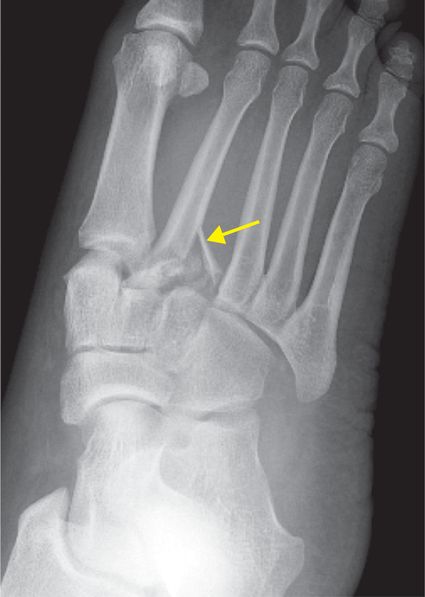 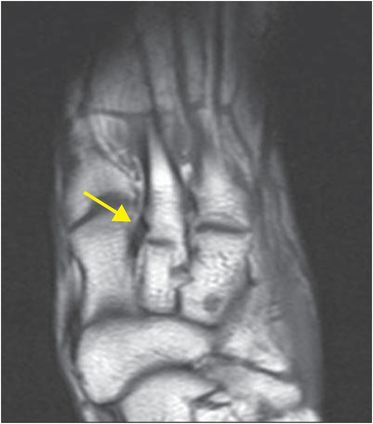 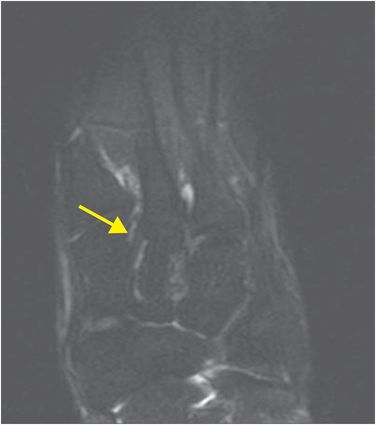 There are two types of dislocation in Lisfranc injury.

The patient underwent open reduction and internal fixation with arthrodesis of the first, second, and third TMT joints.

Frontal and oblique radiographs demonstrate a tiny osseous fragment adjacent to the lateral aspect of the medial cuneiform (known as the “fleck sign”; yellow arrow), and offset at the second TMT joint (red arrows), best appreciated on the oblique view. Open reduction and plate and screw internal fixation was performed. Displacement of the second metatarsal and lateral shift of the base of the first metatarsal was noted during surgery, consistent with a homolateral type injury. 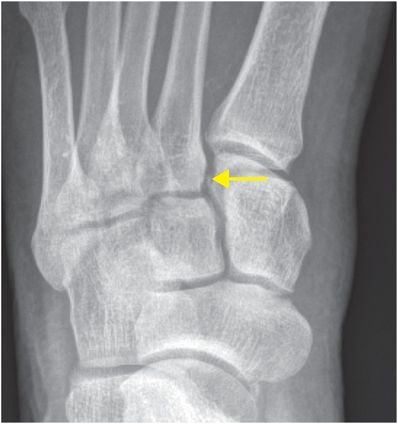