A 54-year-old male immigrant from Eastern Europe presented with complaints of fever, abdominal pain, weight loss, and malaise. He was hypertensive, and proteinuria was found on urinalysis. 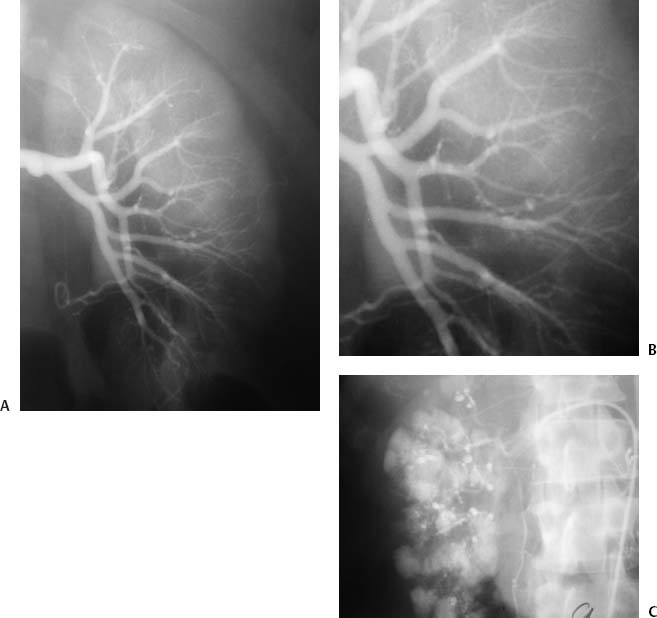 The patient was referred to interventional radiology for arteriography. The right common femoral artery was punctured using the Seldinger technique and a 5-French (F) sheath was inserted. A pigtail catheter was advanced into the abdominal aorta and an aortogram was performed (not shown). The left renal artery was selectively catheterized using an RC-1 (Boston Scientific, Natick, Massachusetts) catheter, and a selective renal arteriogram was performed, which revealed numerous microaneurysms throughout the kidney (Fig. 27-1). Biopsy of the skin was then performed, showing polyarteritis nodosa (PAN).

The patient was treated with high-dose steroids and cytotoxic drugs.