A 44-year-old female presented to us with pelvic pain and menorrhagia. 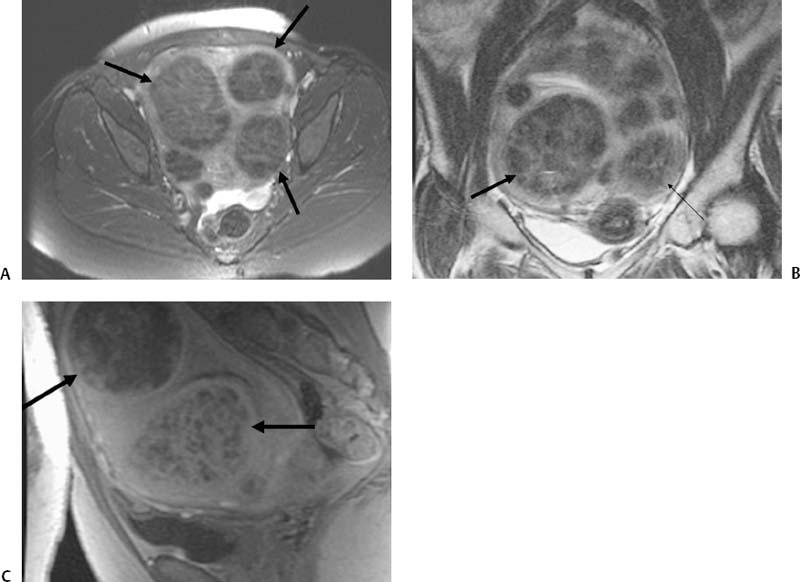 Currently, there is controversy regarding which agent is best for UAE as well as the end point of embolization for particular agents. Use of Gelfoam (Upjohn and Pharmacia, Kalamazoo, MI) for this purpose is not widespread but has been reported.

The patient was admitted to the interventional radiology service (Table 62-1). Preprocedural antibiotics were administered, and a Foley catheter was inserted into the bladder. A 5-French (F) catheter was inserted into the common femoral artery, and a pelvic arteriogram was obtained (Fig. 62-2) with a 5F pigtail catheter. The pigtail catheter was exchanged over a guidewire for a 5F glide catheter (Boston Scientific, Natick, Massachusetts), which was used to selectively catheterize the left uterine artery. Particles were infused (Embospheres, 500 to 700 microns, followed by 700 to 900 microns; Biosphere Medical, Rockland, Massachusetts) to occlude blood flow. The catheter was then used to form a Waltman’s loop in the abdominal aorta and then to selectively catheterize the ipsilateral right uterine artery. Particle embolization was performed to occlude blood flow. The catheter was then removed, and hemostasis was achieved. The patient was admitted overnight with a patient-controlled analgesic pump. She was converted to oral medications on the subsequent day and discharged when pain control was adequate (Table 62-2). 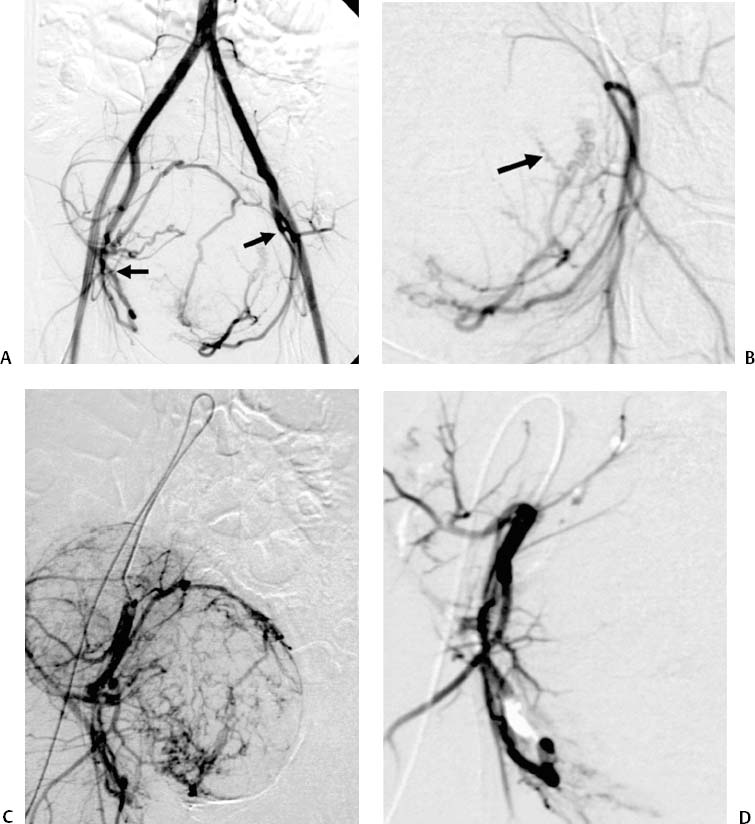