A 40-year-old man presents with a recent-onset cough. 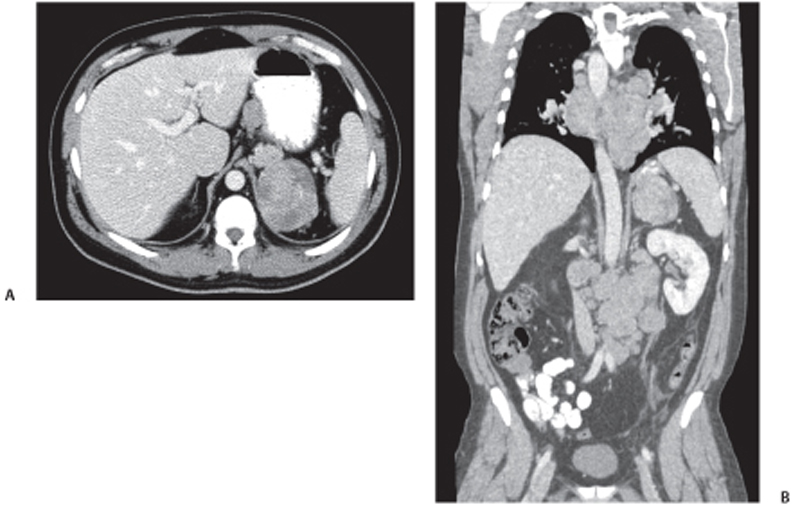 Adrenocortical carcinoma is a rare malignancy of the adrenocortical tissue, with an incidence of 1 to 2 per million population. It is mostly found in adults, with the median age at diagnosis being 44 years. In 70% of diagnosed cases, tumor invades into adjacent tissues by the time of diagnosis.