(A) Axial T2WI and (B) Axial FLAIR images at the level of lateral ventricles, sylvian fissure, and insular cortex. 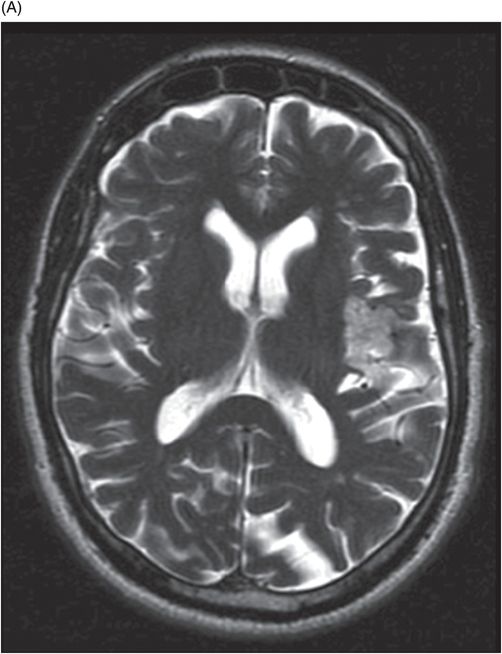 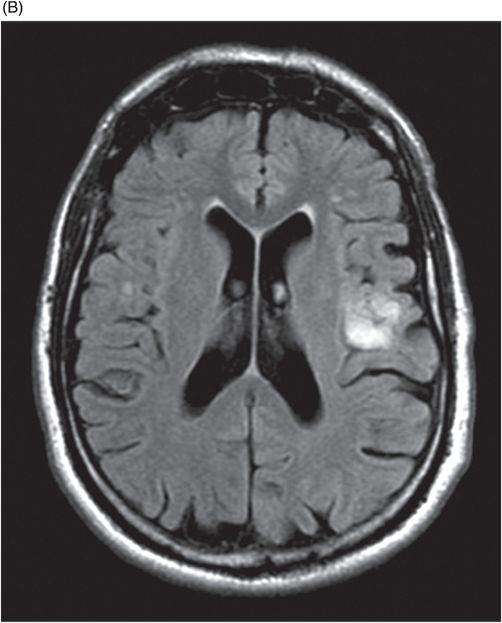 
Axial DWI at the level of lateral ventricles, sylvian fissure, and insular cortex.


(A–B) Sagittal T1WI at the level of sylvian fissure and insular cortex. 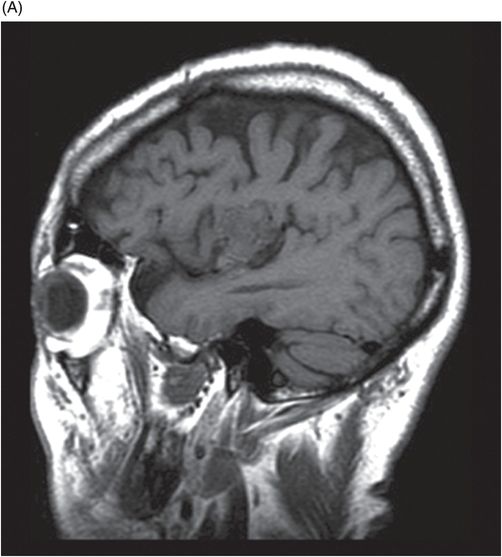 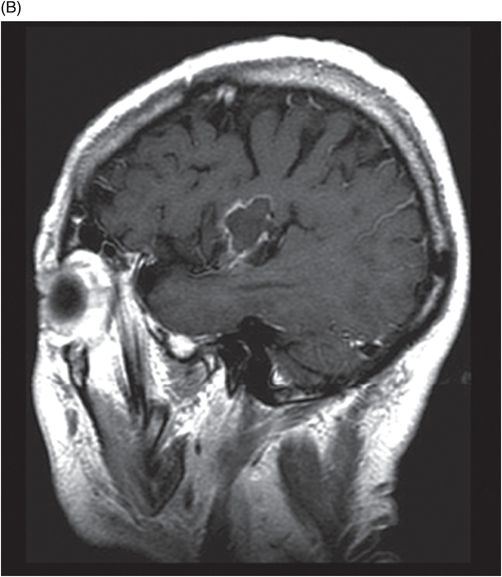 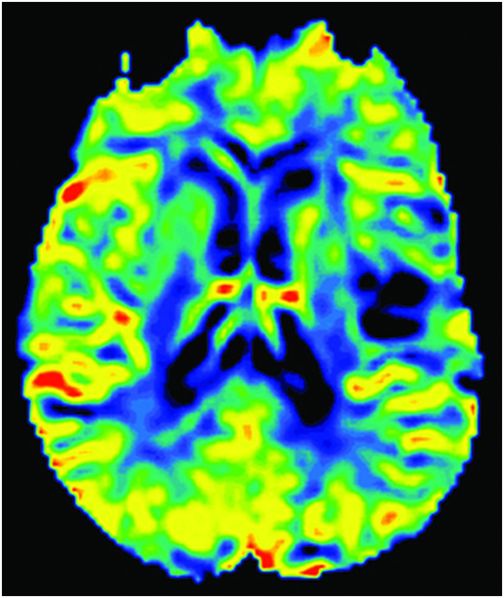 The extra-axial intracranial epidermoid cyst has classic imaging features: isodense to CSF on CT, isointense to CSF on T1WI and T2WI, mixed signal on FLAIR images and with restricted diffusion. Their much rarer counterparts, intraparenchymal epidermoids, are more difficult to diagnose accurately, as they usually lack this typical appearance.

Intraparenchymal epidermoid cysts are benign lesions arising from neuroectodermal epithelial cells. Their exact pathogenesis is still a subject of debate; the most popular theory suggests that they arise from epithelial rests that become sequestered in the primitive cerebral hemisphere during neural tube closure in the third to fifth week of embryogenesis. Intraparenchymal epidermoid cysts are rare, accounting for only 1.5% of intracranial epidermoid cysts and represent only 0.3–1.8% of primary intracranial tumors, with a female preponderance. Malignant transformation is exceedingly rare, although there have been case reports of transformation into squamous cell carcinoma, and of malignant melanoma arising within the lesion. Of the small number of intraparenchymal epidermoid cysts that have been reported in the literature, the most common locations in descending order of frequency are the frontal lobe, the temporal lobe, the parietal lobe, the occipital lobe, and the thalamus. Depending on the location of the tumor, various symptoms may arise, including headache, seizures, and hemiparesis.

On CT, intraparenchymal epidermoids are usually homogeneously hypodense with well-defined and lobulated margins. They can occasionally demonstrate cystic or calcified areas. Other non-calcified hyperdense areas can also be observed and are thought to reflect dense cystic contents or fat saponification with hemosiderin-laden macrophages. Mass effect can be present to a variable degree depending on the size of the lesion but perilesional edema is typically absent. Enhancement is usually absent, though rare cases of peripheral enhancement have been reported.

On MRI, intraparenchymal epidermoid cysts often exhibit iso- to slightly hyperintense signal intensity on T1WI and hyperintense signal on T2WI, though with more heterogeneity than typically seen in their extra-axial counterparts. Areas of high T1 and low T2 signal can be present, and are thought to represent a combination of proteinaceous material, debris, keratin, and incomplete calcification. Intralesional hemorrhage has also been reported. Hair-curled or whirlpool-like patterns are thought to represent desquamation of squamous epithelium. Diffusion-weighted imaging usually demonstrates heterogeneously hyperintense signal, with corresponding iso- or slightly hyperintense signal on ADC map. Minimal peripheral enhancement can be seen in some cases, making diagnosis difficult. Very rarely, restricted diffusion is absent, and in these circumstances, difficulties in establishing the diagnosis may arise.