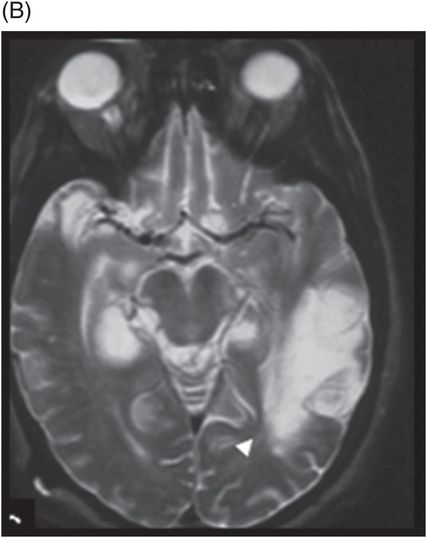 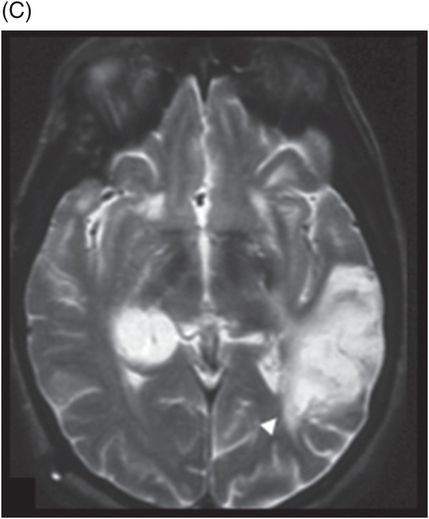 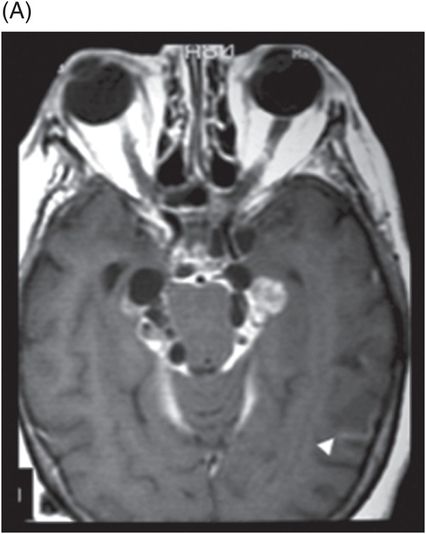 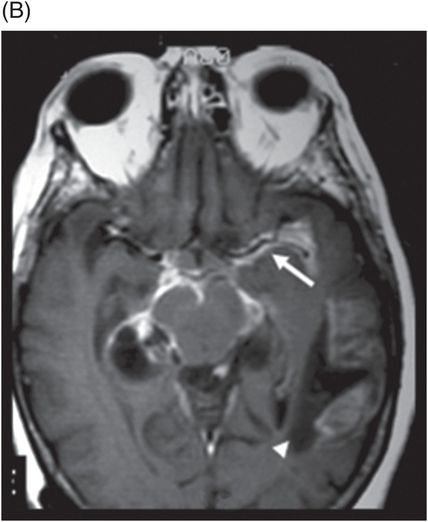 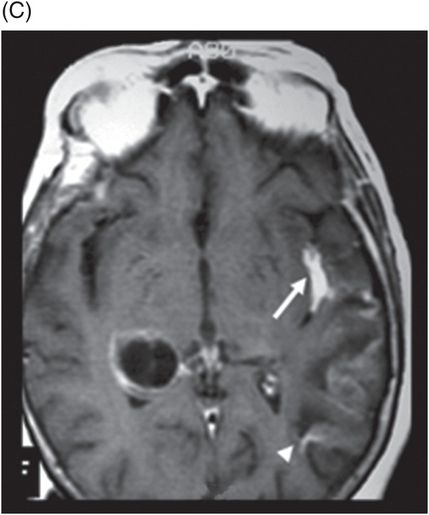 Neurocysticercosis, the most common parasitic infection of the CNS, is caused by Taenia solium larva (port tapeworm) and can infest any CNS site. It affects approximately 50 million people around the world and is endemic in Central and South America, East Europe, Africa, and some regions in Asia.

Neurocysticercosis can be classified according to cyst location and into active and non-active forms. However, in massive cerebral infections, the two forms may coexist. The presence of a fully grown cyst or a cluster of grape-like (racemose) cysts in the subarachnoid-cisternal space characterizes the racemose form. Racemose commonly manifests as arachnoiditis, hydrocephalus, or intracranial hypertension secondary to flow obstruction of the ventricular system.

Tuberculous meningitis, neurosarcoidosis, leptomeningeal carcinomatosis, and pyogenic meningitis can cause leptomeningeal thickening and enhancement and can demonstrate complications of arachnoiditis, as seen in our patient case. However, these etiologies do not characteristically demonstrate subarachnoid-cisternal cystic lesions, the unique findings characteristic of the racemose form of neurocysticercosis.

Magnetic resonance imaging of patients with the racemose form of neurocysticercosis usually shows cystic lesions in the sylvian fissure and the basal cisterns. In contrast to parenchymal lesions, sylvian fissure and basal cistern cysts reach more than 1.0 cm in size. Two imaging modalities are extremely useful in diagnosing racemose and determining extent of disease: three-dimensional reconstructive interference in steady state (3D-CISS) and diffusion-weighted (DW MRI) sequences. The first is the most sensitive means of detecting racemose lesions, while DW MRI images can be very specific, demonstrating restriction of the scolex in the lesion. Other advanced imaging methods such as perfusion and spectroscopy are non-specific, but help to differentiate racemose from other groups of diseases, mainly tumors. Non-invasive MR cisternography with FLAIR and inhalation of 100% oxygen may also improve the detection of cisternal lesions because of the resultant hyperintensity of the CSF.

Cerebrovascular complications of neurocysticercosis include cerebral infarction, transient ischemic attacks, and brain hemorrhage. In our case, the leptomeningeal thickening and enhancement correlated pathologically with meningitis associated with an inflammatory response in the arachnoids that subsequently led to vasculitis. This process usually affects the basal perforating vessels and may determine lacunar infarcts, but in the case presented, the left middle cerebral artery was affected. Pathologic studies of this process usually show the presence of endarteritis in the vessels of tissues surrounding the parasite. The frequency of cerebral infarction related to cysticercotic arteritis varies in the literature, between 2% and 12%. However, in 1998, Barinagarrementeria and Cantú reported a case series of 28 patients with subarachnoid cysticercosis in which 53% had angiographically documented cerebral arteritis, although most patients were symptomatic (80%).