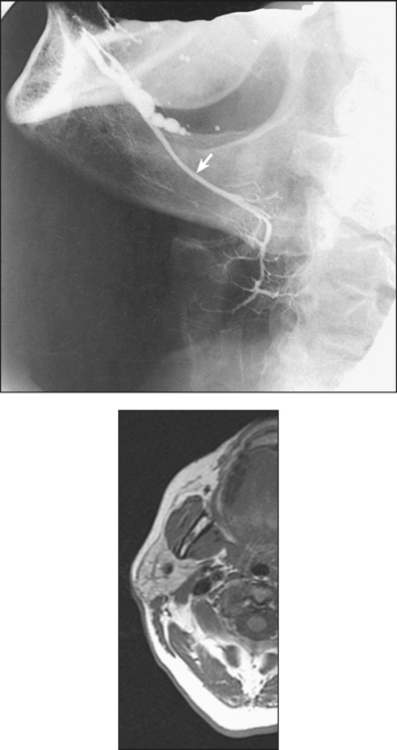 The mouth, or oral cavity, is the first division of the digestive system (Fig. 14-1). It encloses the dental arches and receives the saliva secreted by the salivary glands. The cavity of the mouth is divided into (1) the oral vestibule, the space between the teeth and the cheeks, and (2) the oral cavity, or mouth proper, the space within the dental arches. The roof of the oral cavity is formed by the hard and soft palates. The floor is formed principally by the tongue, and it communicates with the pharynx posteriorly via the oropharynx. 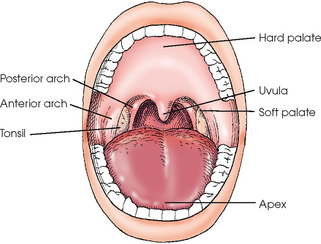 The hard palate is the anteriormost portion of the roof of the oral cavity. The hard palate is formed by the horizontal plates of the maxillae and palatine bones. The anterior and lateral boundaries are formed by the inner wall of the maxillary alveolar processes, which extend superiorly and medially to blend with the horizontal processes. The height of the hard palate varies considerably, and it determines the angulation of the inner surface of the alveolar process. The angle is less when the palate is high and is greater when the palate is low.

The soft palate begins behind the last molar and is suspended from the posterior border of the hard palate. Highly sensitive to touch, the soft palate is a movable musculomembranous structure that functions chiefly as a partial septum between the mouth and the pharynx. At the center of the inferior border, the soft palate is prolonged into a small, pendulous process called the uvula. On each side of the uvula, two arched folds extend laterally and inferiorly. The anterior arches project forward to the sides of the base of the tongue. The posterior arches project posteriorly to blend with the posterolateral walls of the pharynx. The triangular space between the anterior and the posterior arches is occupied by the palatine tonsil. 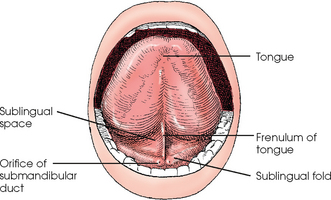 Fig. 14-2 Anterior view of undersurface of tongue and floor of mouth.

The teeth serve the function of mastication, the process of chewing and grinding food into small pieces. During mastication, the teeth cut, grind, and tear food, which is then mixed with saliva, swallowed, and later digested. The saliva softens the food, keeps the mouth moist, and contributes digestive enzymes.

The three pairs of salivary glands produce approximately 1 L of saliva each day. The glands are named the parotid,! submandibular, and sublingual (Fig. 14-3). Each gland is composed of numerous lobes, and each lobe contains small lobules. The whole gland is held together by connective tissue and a fine network of blood vessels and ducts. The minute ducts of the lobules merge into larger tributaries, which unite and form the large efferent duct that conveys the saliva from the gland to the mouth. 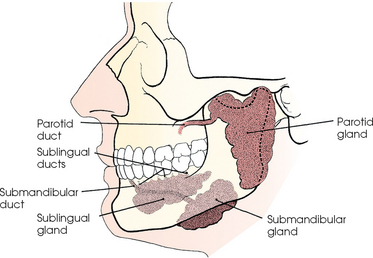 The parotid glands, the largest of the salivary glands, each consist of a flattened superficial portion and a wedge-shaped deep portion (Fig. 14-4). The superficial part lies immediately anterior to the external ear and extends inferiorly to the mandibular ramus and posteriorly to the mastoid process. The deep, or retromandibular, portion extends medially toward the pharynx. The parotid duct runs anteriorly and medially to open into the oral vestibule opposite the second upper molar. 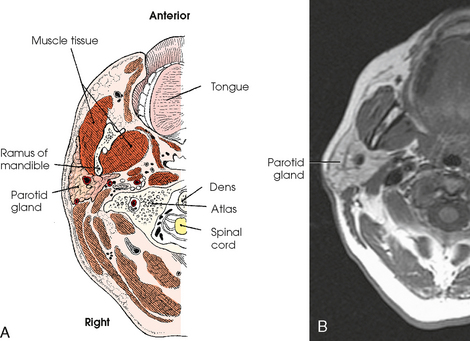 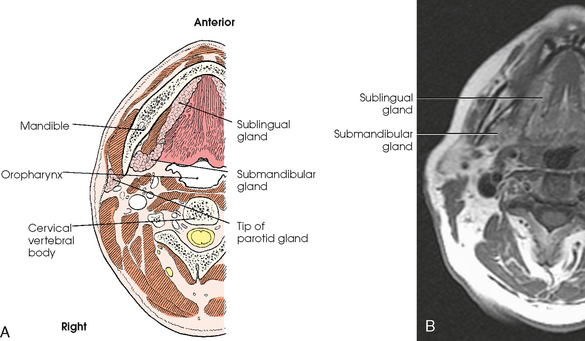