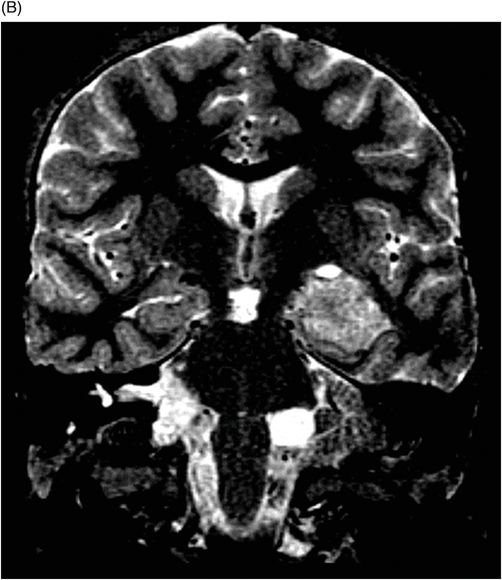 
(A–B) Coronal 3D-CISS images through the third ventricle and the temporal horn of the lateral ventricles. 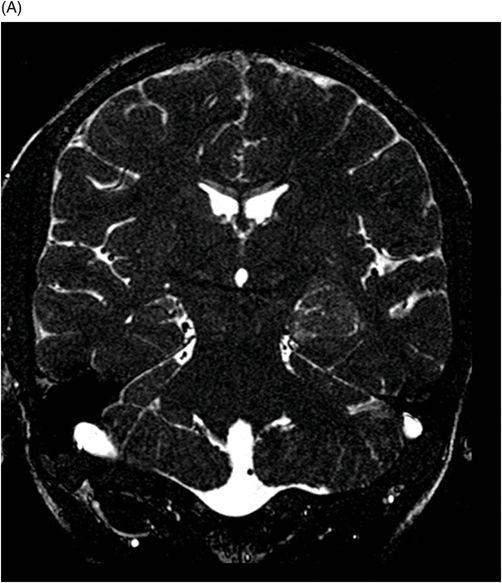 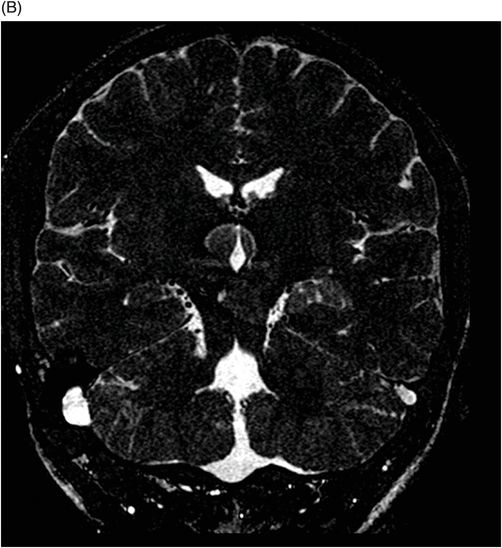 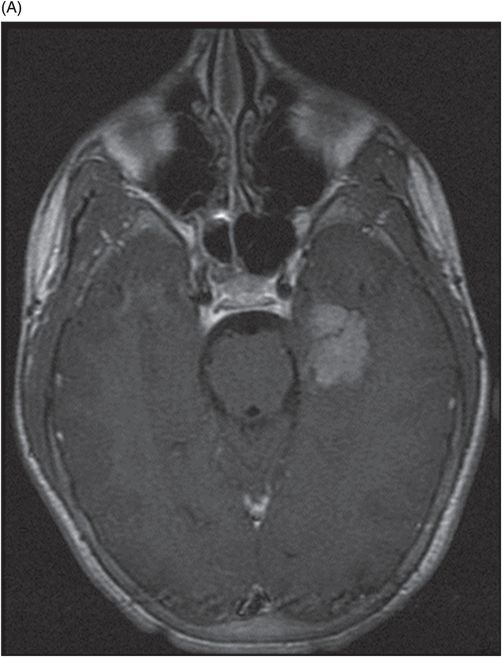 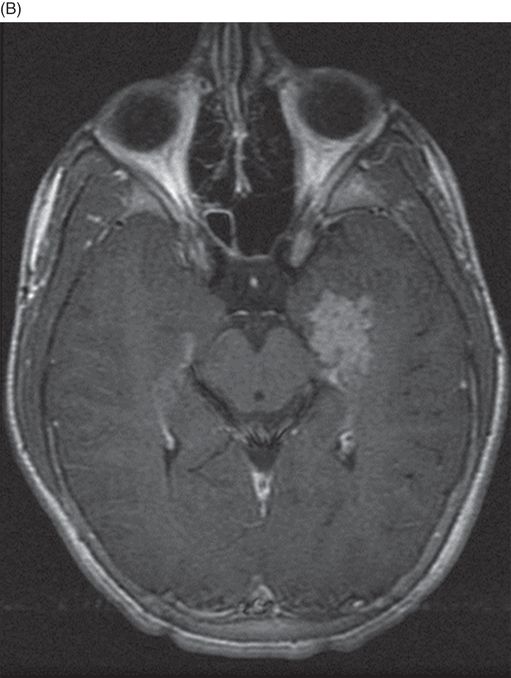 
(A–B) Coronal T1-weighted postgadolinium MR images through the third ventricle and the temporal horn of the lateral ventricles. 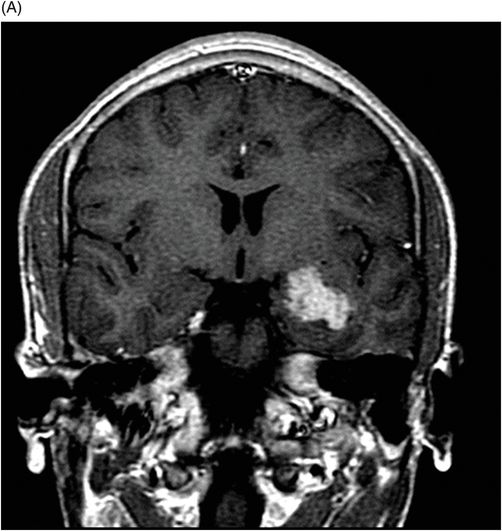 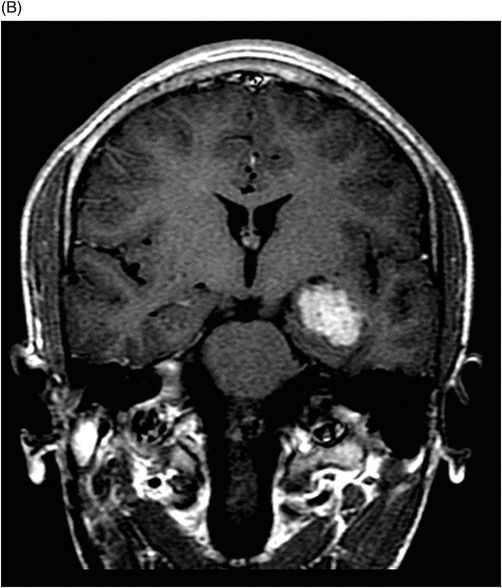 Villous hypertrophy of the choroid plexus

Fig. 117.1: (A) Sagittal T1-weighted MR image showed a mildly heterogeneous mass in the temporal horn of the left lateral ventricle that was slightly hypointense, as compared to the cerebellum. (B) Coronal T2-weighted MR image demonstrated a hyperintense lesion (as compared to Fig. 117.1 A). Fig. 117.2: (A–B) Coronal 3D-CISS images demonstrated a heterogeneously hyperintense lesion inside of the left temporal horn of the lateral ventricle. Fig. 117.3: (A–B) Axial T1-weighted postgadolinium images showed an intense, almost homogeneous enhancement of the lesion. Fig. 117.4: (A–B) Coronal T1-weighted postgadolinium MR images demonstrated significant lesion enhancement and prominence of the temporal horn of the left lateral ventricle.

Subependymomas are well-demarcated, nodular intraventricular masses that may cause ventricular dilatation. Unlike CPP, subependymomas have varied enhancement patterns or can be completely non-enhancing. They also lack the typical frond-like appearance of a CPP. Choroid plexus carcinoma (CPCa) is a malignant tumor of the choroid plexus and typically involves the atrial choroid plexus. Usually CPCa is found in young children, demonstrates invasion of the adjacent periventricular regions, and may demonstrate diffusion restriction. Cerebrospinal fluid dissemination occurs with both CPP and CPCa; therefore, CSF dissemination is neither a distinguishing feature nor a reliable predictor of malignancy.

The exact etiology of CPP is not clear, although several genetic mutations have been associated with this tumor. In addition, there are syndromic association of CPPs including Aicardi syndrome and Li-Fraumeni syndrome.

Usually solitary tumors, CPPs vary in size. Typically, they are iso- to hyperdense on CT scans, hypointense on T1-weighted sequences; and hyperintense on T2-weighted sequences. Up to one-fourth of CPPs can demonstrate calcification on CT images and may be associated with blooming artifacts on gradient echo sequences. Intense enhancement is a typical finding, both on CT and on postcontrast T1-weighted sequences. Choroid plexus papilloma typically has a frond-like appearance, which may be considered a characteristic imaging finding of this lesion. Hydrocephalus is frequently associated with these tumors, either due to obstruction or due to overproduction of CSF by the tumor cells. Although a benign tumor, CPP has been associated with leptomeningeal spread. Imaging of the entire neuraxis should be performed at the baseline presentation to rule out leptomeningeal spread.

Temporal horn CPP is extremely rare and can present as temporal lobe epilepsy, as seen in our patient. The exact cause of the epilepsy is unknown but it is presumably due to compression of mesial temporal lobe structures. In the reported cases of temporal horn CPPs, hydrocephalus or ventricular entrapment is usually absent. The primary treatment for CPP is gross total resection and usually cures the epilepsy. Recurrence after primary tumor excision is low.