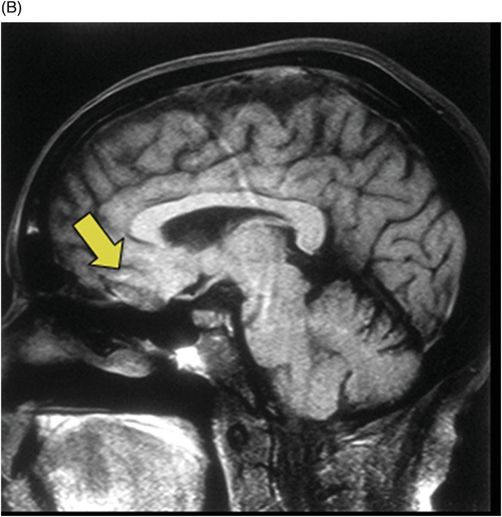 
(A–B) Sagittal T1WI through the level of the frontal basal lobe. 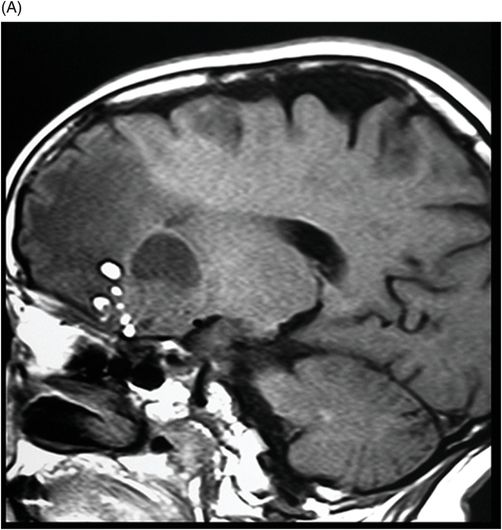 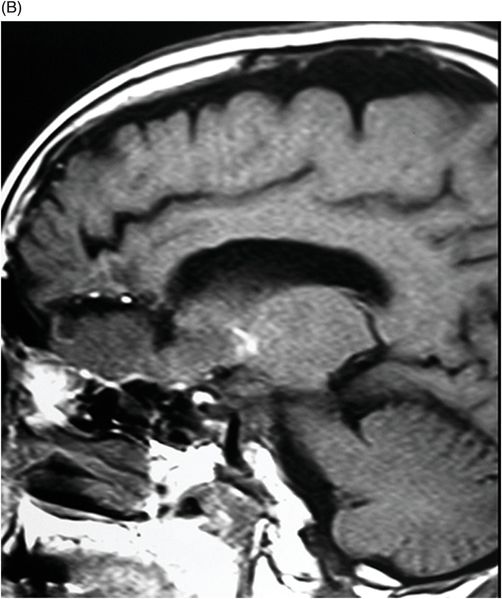 
(A–B) Axial T2 through the level of the third and lateral ventricles. 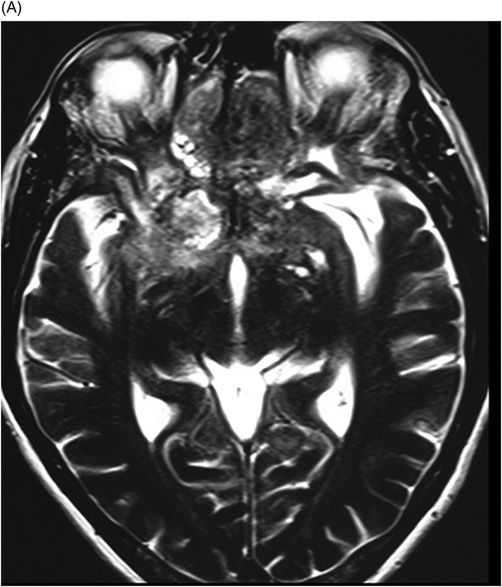 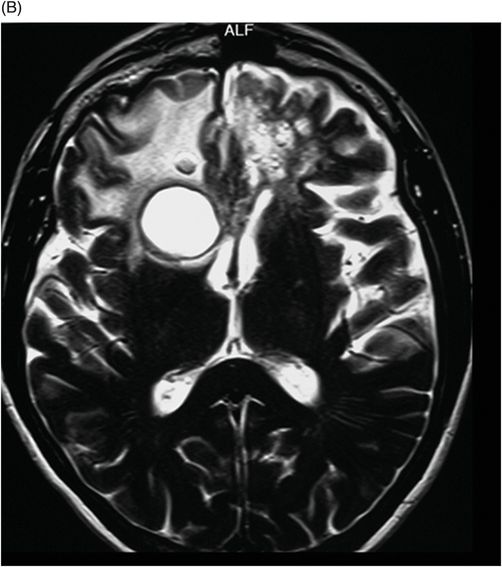 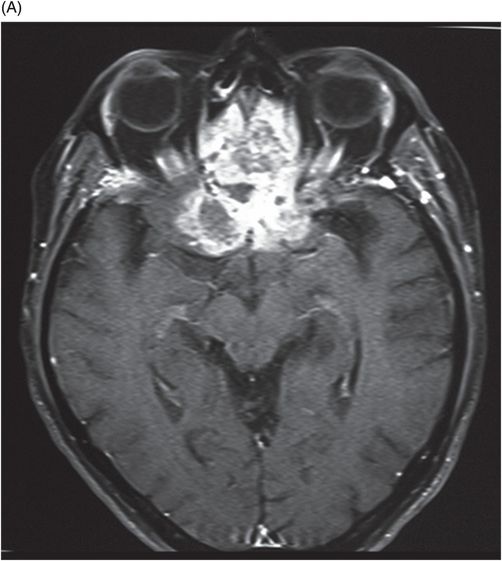 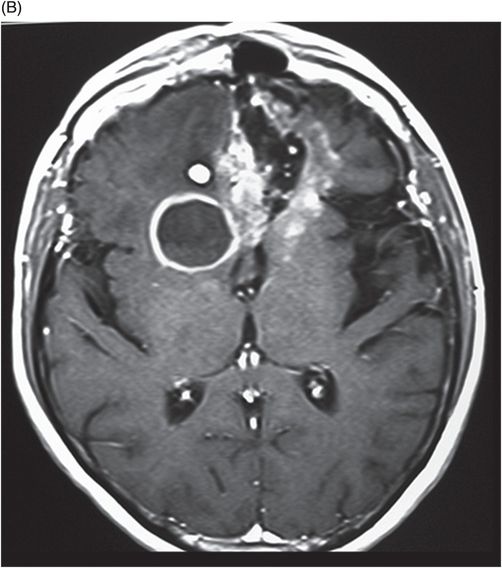 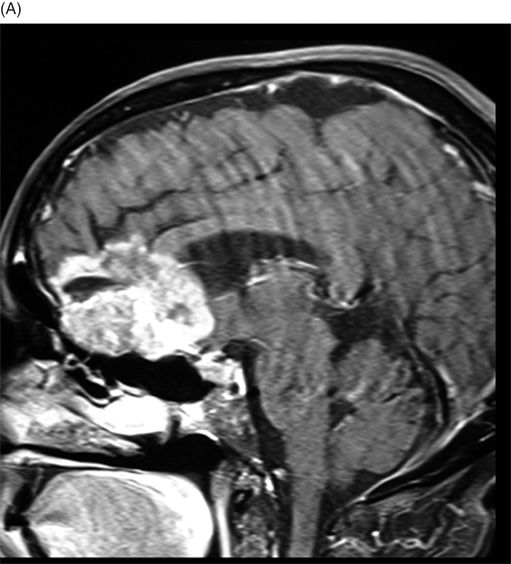 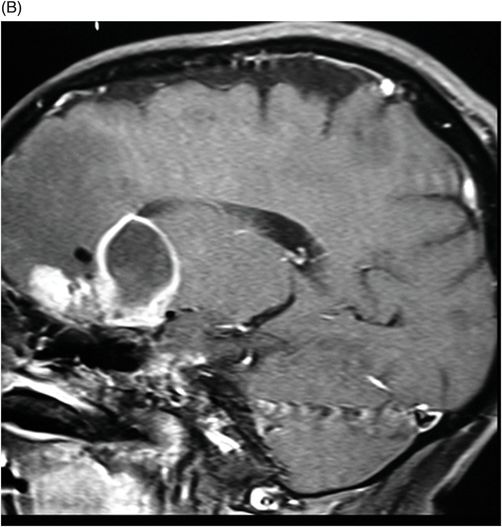 The history of a known dermoid cyst, demonstrated on prior imaging and visible on current images, in the presence of an intratumoral fat signal is suggestive of malignant degeneration of the dermoid cyst. The presence of an abnormal T2 signal in the peritumoral bed in addition to significant lesion enhancement is typical of malignant transformation, as seen in this patient.

Intracranial dermoid cysts account for approximately 0.5% of brain tumors. They develop during the fourth or fifth week of fetal development from aberrant ectodermal embryonic tissue in the neural groove that typically contains mature squamous epithelium, keratin, and adnexal elements such as hair follicles and sebaceous glands. Dermoid cysts are usually extra-axial and occur near the midline (parasellar/frontobasal) and third and fourth ventricles. The suprasellar cistern is the most common site: other common locations for dermoid cysts include the posterior fossa and the anterior skull base/frontonasal region.

Imaging findings of lipoblastic meningioma, a WHO grade I tumor, can demonstrate intratumoral fat signal. However, intense enhancement and abnormal peritumoral T2 signal is uncommon in this tumor. The presence of fat signal is also seen in liposarcoma, but they are not known to develop in the central skull base-frontal lobe region.

On CT images, dermoid cysts present as circumscribed, very-low-density (−20 to −140 HU) lesions, without any contrast enhancement. Calcification may be seen in up to 20% of cysts. They are associated with vasogenic edema and rarely cause hydrocephalus. As these tumors have adnexal elements including fat, they are hyperintense on T1WI as well as fast spin echo T2WI sequences. Typically, these tumors do not enhance with contrast.