Axial postcontrast CT image at the level of lateral ventricles. 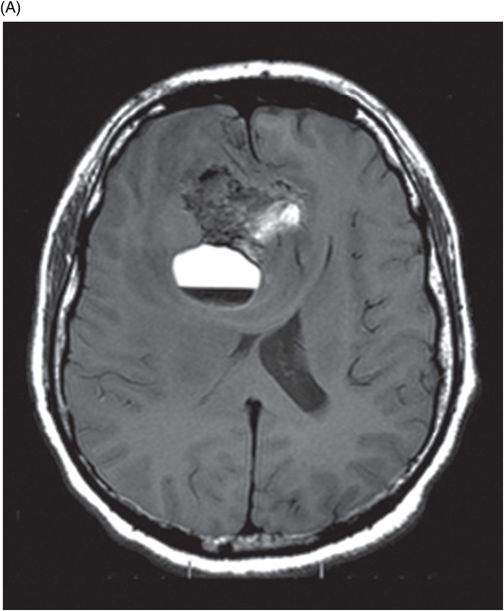 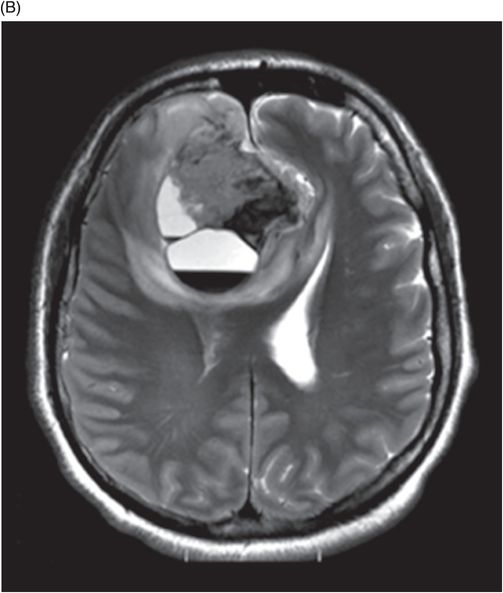 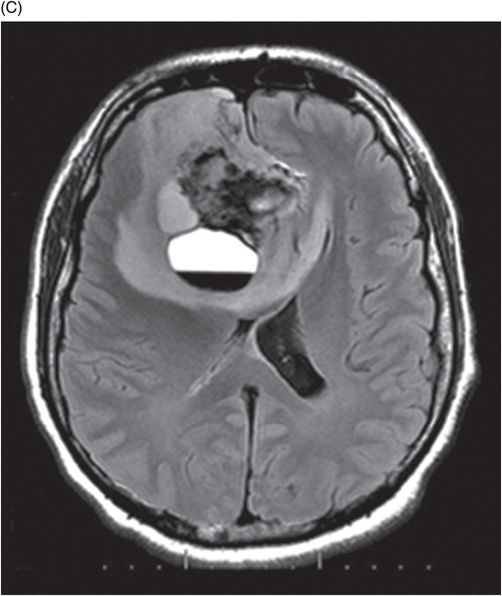 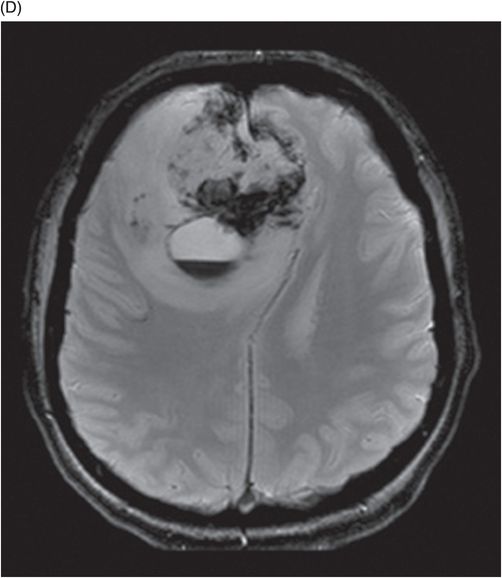 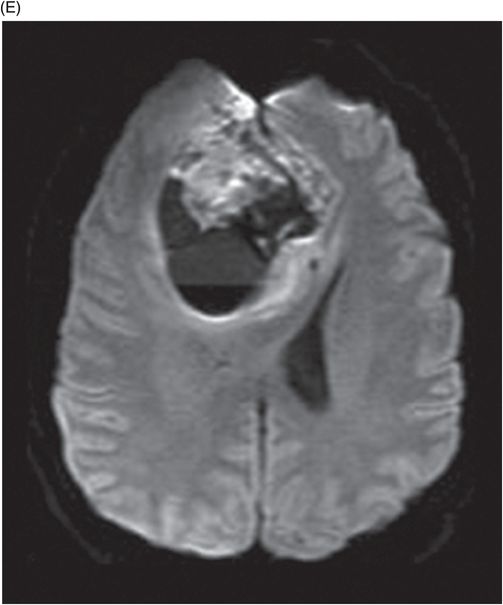 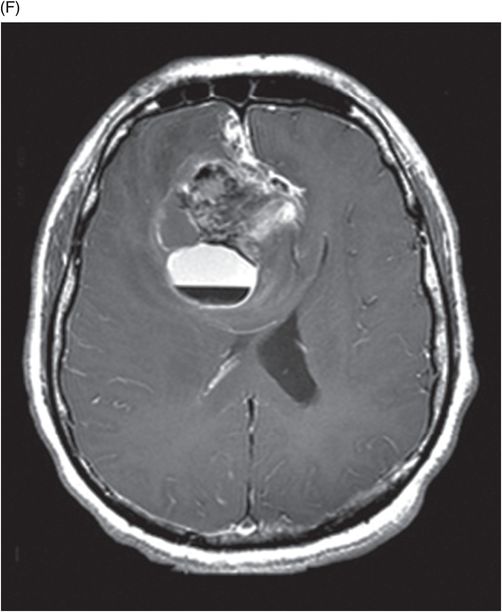 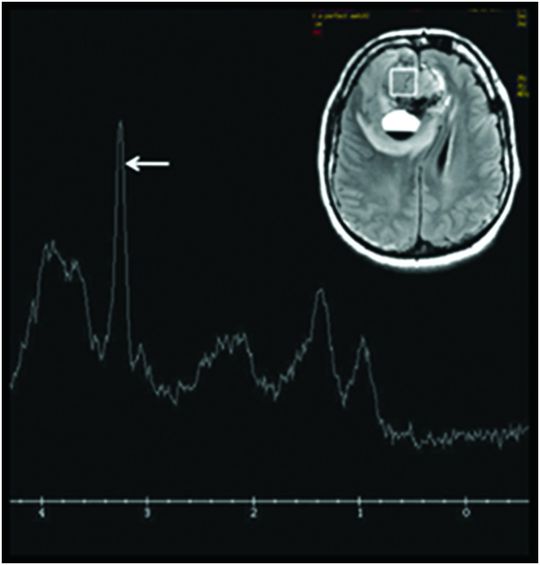 A predominantly cortical-based, heterogeneously enhancing, right frontal lobe mass/lesion with a cystic component containing blood-fluid levels, demonstrating mild to moderate associated perilesional edema and considerable mass effect is suggestive of an aggressive, high-grade tumor. For example, glioblastoma, ependymoma, or hemorrhagic metastasis may demonstrate similar imaging findings. However, the age of the patient, tumor location, and cystic component, in the presence of mild to moderate edema, is suggestive of an extraventricular neurocytoma. Radical tumor excision and histopathologic evaluation including immunohistochemical staining confirmed the diagnosis of extraventricular neurocytoma.

In contrast to neurocytomas, oligodendrogliomas are usually less well demarcated and tend to have larger, coarse calcification (seen in about 20–90%). Focal calvarial remodeling is also often noted. High-grade gliomas also have obscured and infiltrating margins, but calcification is very uncommon. Ependymomas are often seen adjacent to the ventricles with relatively mild edema; the parietal lobes are the favored sites for cystic ependymomas. Hemorrhagic metastatic lesions have similar imaging features. However, the presence of calcification and negative systemic imaging evaluation for a primary malignancy do not favor this diagnosis. The most favoured location for ganglioglioma is the temporal lobes. The cystic component is often central with a peripheral solid component; hemorrhage is an unusual feature of ganglioglioma. Occurrence of calcification in gangliogliomas has been estimated to occur in 25–28%. Primitive neuroectodermal tumor has a predilection for the frontoparietal lobes and is seen in the pediatric population (less than five years of age).

Extraventricular neurocytomas are rare parenchymal tumors that seem to exhibit neuronal differentiation, similar to central neurocytoma, occurring remote from the ventricular system but with wide variability. Owing to its variable presentation, the most recent WHO classification of CNS tumors (2007) categorizes extraventricular neurocytoma as a new entity. These tumors show wide inconsistency with regard to their morphologic features, cellularity, and proliferation rate. Thus, they pose a diagnostic challenge because of the significant imaging and histopathologic overlap noted among other brain tumors, especially oligodendroglioma.

Extraventricular neurocytomas are tumors of young adults and adolescents with no gender predilection. They can occur at a variety of locations but are most frequently seen in the cerebral hemispheres, especially in the frontoparietal regions, with usual manifestations of headache, seizure, and hemiparesis. Extraventricular neurocytomas are often large, well-demarcated, cortical-based lesions with hemorrhage, calcification, cystic necrosis, and intense enhancement, and should be included in the differential diagnoses for cerebral masses. Though a prospective diagnosis of this lesion is difficult, because of the rare incidence of this entity it should be considered, especially in a young individual. These masses can also be purely cystic, a cyst with a mural nodule, or purely solid. They closely resemble an oligodendroglioma, which are cortical-based tumors with calcification.

Surgery plays a central role for management of these tumors with favorable response seen in most patients.