Multiple anastomoses between branches of the ECA and OA exist, and only the most clinically relevant variants will be described here. For a more detailed review, the articles by Hayreh [11] and Perrini et al. [5] are recommended. The recurrent meningeal artery is a critical anastomosis when attempting embolization of convexity meningiomas. It typically projects posteriorly to the OA through the superior orbital fissure.
Another important group of anastomoses is between the anterior and posterior ethmoidal branches of the OA and the distal branches of the internal maxillary artery, namely, the sphenopalatine and greater palatine arteries (Fig. 2). The presence of such anastomoses should be explored on cerebral angiography when planning embolization for epistaxis [12]. 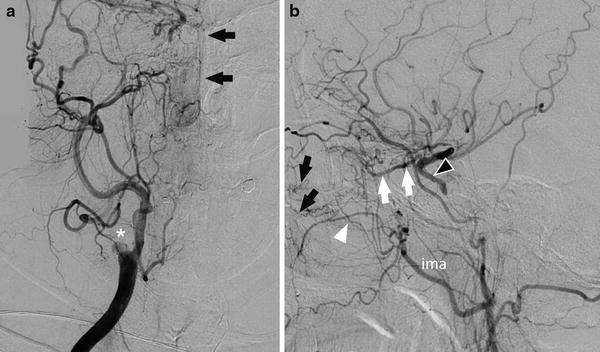 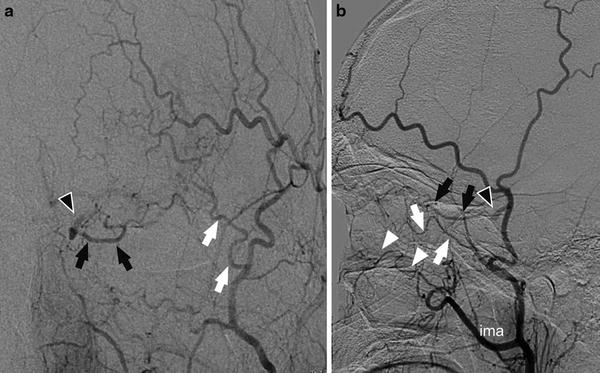 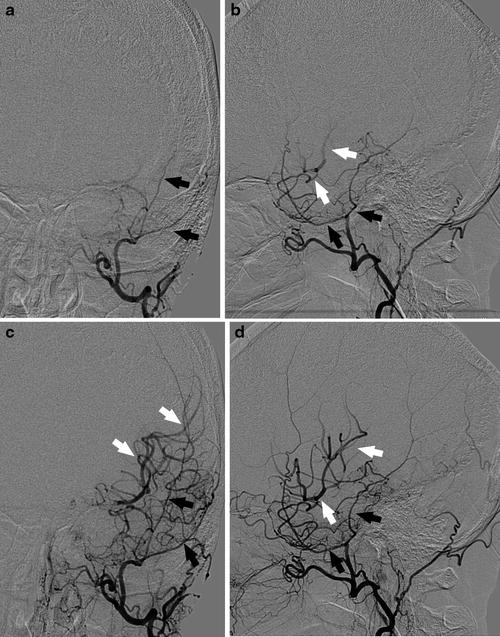 Important anastomoses within the petrocavernous segment of the ICA are described below. They can often be identified on cerebral angiograms in cases of cervical ICA occlusion and are a critical component of dural arteriovenous malformations in this region.
The inferolateral trunk is a remnant of the dorsal OA and consists of several branches that provide supply to the cranial nerves and the gasserian ganglion. Anteroinferiorly, a characteristic serpentine-like anastomosis with the maxillary artery through the artery of the foramen rotundum can be observed (Fig. 5). Other anastomoses include the recurrent artery of foramen lacerum (which connects with the ascending pharyngeal artery), branches of the MMA (seen laterally through the foramen spinosum), branches of the accessory meningeal artery (seen posteriorly), and branches of the ascending pharyngeal artery (carotid branch of the superior pharyngeal branch through the foramen lacerum) (Fig. 6). 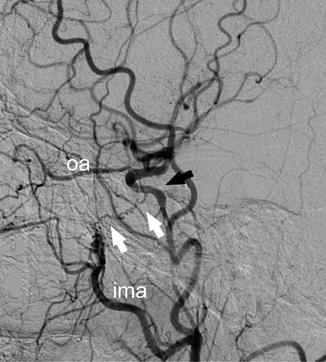 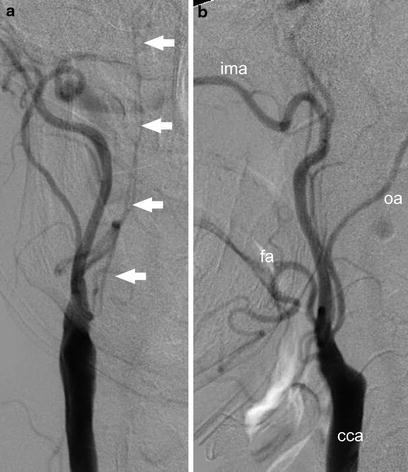 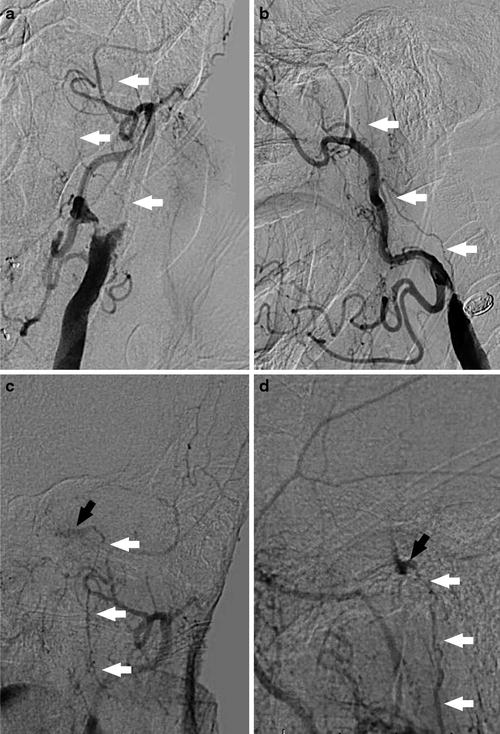 Vasa vasorum of the internal carotid artery. Cerebral angiogram, cervical AP (a) and lateral (b) views and cranial AP (c) and lateral (d) views in a case of chronic cervical left internal carotid artery occlusion. The petrous segment of the internal carotid artery (black arrows) reconstitutes via a prominent network of vasa vasorum, which appear as tortuous channels following the expected course of the cervical internal carotid artery (white arrows)
The meningohypophyseal trunk of the ICA supplies the pituitary gland, the clival region, and the meninges of the tentorium. Through its tentorial branches, which are seen more anteriorly, it can form anastomoses with petrous branches of the MMA. Another common anastomosis of the meningohypophyseal trunk involves its lateral clival artery and neuromeningeal branches of the ascending pharyngeal artery.
Only gold members can continue reading. Log In or Register to continue