This chapter describes the radiology of common injuries to the spine, thoracic cage, and pelvis in adults.

Injuries to the spine often occur in the setting of severe trauma. Approximately 45% of spine injuries are sustained in motor vehicle collisions, 20% in falls, 15% in recreational or sports-related accidents, 15% from intentional acts of violence, and 5% from other causes. There is a 4:1 male predominance. Although spinal cord injuries often accompany spine trauma, neurologic damage is not an invariable concomitant (Table 3.1). Precautions against causing or worsening a neurologic injury should be scrupulously observed at all levels of care. There are clinical criteria for predicting whether an injury is present or not; the simplest of these are the NEXUS criteria (Table 3.2). It is generally not the role of the radiologist to determine whether imaging is indicated or not, but rather to provide the radiologic care that is necessary for the clinical situation. In the setting of suspected spine trauma, if any imaging is deemed necessary, CT with multiplanar reformations should be obtained. A single lateral radiograph is also typically obtained as part of the initial survey in multiple trauma patients. Abnormality of the soft tissues or the spinal cord may be imaged directly by MRI. 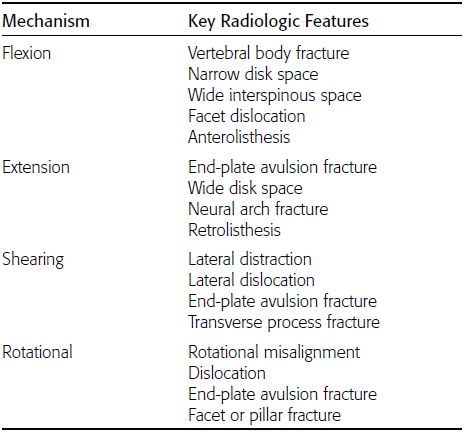 FIGURE 3.1. Diagram of the three-column concept.

FIGURE 3.2. Mechanisms of injury in the spine.

The normal alignment of the spine is lordotic in the cervical region, kyphotic in the thoracic region, and lordotic in the lumbar region. Arcs drawn along any of the bony margins of the vertebrae on any view should be straight or should curve smoothly. The various joints throughout the spine should be congruent. The paraspinal soft tissues may be seen in the cervical region anteriorly and in the thoracic region laterally. As a general guideline, above the esophagus, the prevertebral soft tissues should measure 5mm or less; at the level of the upper esophagus, usually C6, they should measure 22mm or less. In the thoracic region, the lateral soft tissues should follow the bony margins closely; they are more prominent in the presence of osteophytes. Asymmetry of the soft tissues may indicate injury. Discontinuity of any cortical margin may indicate a fracture. Some injuries that may be difficult to identify in the axial plane are often better seen in the sagittal or coronal planes.

Because of differences in anatomy, biomechanics, and exposure to loading, spine trauma is considered in four regions: upper cervical (Occiput-C1–2), lower cervical (C3–T1), upper thoracic (T2–10), and thoracolumbar (T11–L5). Spinal column injuries are most common in the lower cervical spine and in the thoracolumbar region. A significant minority of patients have fractures at multiple noncontiguous levels. The most dangerous of these situations is a C2 fracture combined with a C7–T1 injury.

The cervical spine occupies a vulnerable position as the mobile linkage between the head and the thorax. The internal stresses on the spine and the injuries that result depend primarily on the positions of the head, spine, and body at the time of injury, and the sequence, direction, magnitude, and rate of loading. When structural failure occurs, it is most often restricted to a single intervertebral or vertebral level, but as many as 10% of patients with upper cervical spine injuries also have lower cervical spine injuries. In clinical practice, two types of events account for most cervical spine injuries: (a) axial loading on the head that is transmitted into the spine and (b) acceleration or deceleration of the head and body relative to each other. Axial loading occurs when the moving head strikes a stationary object and may be combined with loading in flexion or extension. Acceleration and deceleration loading may occur because of the substantial difference in mass between the head and body. Forward or backward translation of the head relative to the body during acceleration or deceleration results in complex, changing forces on the cervical spine. In addition to the hyperflexion or hyperextension loading that occurs when the cervical spine reaches its limit of mobility, there are additional distractive forces in the axial direction. The predominant mode of loading is tensile in either flexion or extension. The injuries that occur depend on how the spine is loaded as well as individual variations in the mechanics and anatomy.

Fractures of the ring of C1 are sustained during axial loading. An axial load applied to the top of the head with the cervical spine in neutral position spreads apart the ring of C1 between the sloped articular surfaces of the occiput and C2. This results in multiple, displaced fractures of C1 (Jefferson fracture). More commonly, the axial load is applied obliquely, or the cervical spine does not remain straight, and the fractures of the ring of C1 are more posterior or lateral (Fig. 3.4). Neurologic damage is often absent because the spinal canal is relatively capacious at this level, and the fragments are displaced away from the cord.

FIGURE 3.4. Axial compression fracture of C1 suffered in a diving accident. A: Lateral radiograph shows soft-tissue swelling and displaced fractures of the posterior arch (arrows). B: CT scan shows comminuted fractures involving the left lateral and the posterior portions of the ring of C1. The fragments have displaced asymmetrically from the odontoid process (arrows).

In traumatic spondylolisthesis of C2 (hangman’s fracture), there are bilateral pars interarticularis fractures with forward subluxation of C2 over C3. The pars interarticularis is the bridge of bone that occupies the position in the articular mass between the superior and inferior articular facets. An individual subjected to judicial hanging drops feet first through a trap door with a rope secured around the neck and the hangman’s knot located under the chin. When he or she reaches the end of the rope, the upper cervical spine is pulled violently into hyperextension and simultaneously subjected to massive distractive forces from the downward inertia of the body. The ligaments of the anterior column tear at the C2–3 level, and the posterior elements are fractured at the pars interarticularis. Similar fractures of the C2 posterior elements may also occur when an axial load (compressive rather than distractive) is applied with the neck hyperextended (Figs. 3.5 and 3.6). This may occur in a motor vehicle collision in which the passenger slides forward and strikes the forehead, forcing the neck into hyperextension.

In young adults, most fractures of the odontoid process of C2 (dens) occur transversely across the base, probably as a result of hyperextension or hyperflexion. The fracture is accompanied by ligament tears at the same level separating the odontoid process and C1 from the remainder of C2 as a single, mechanically unstable unit (Fig. 3.7). The odontoid is composed primarily of cortical bone, so an odontoid fracture heals less well than the fractures through portions of the vertebrae that are primarily cancellous.

Dislocations of C1 over C2 require severe ligamentous disruption, are rare, and are usually fatal. Subluxation at the C1–2 level typically requires disruption of the transverse ligament of C1 that maintains the normal anatomic position of the odontoid process. Nontraumatic laxity of the transverse ligament is associated with Down syndrome, rheumatoid arthritis, and mucopolysaccharidosis.

Axial loading of the head occurs in events such as a fall from a height in which the individual lands on the head or a motor vehicle collision in which he or she is thrown forward and strikes the head. The attitude of the cervical spine and the location and direction of impact relative to the spine determine the stresses that result. Moderately severe axial loading with the cervical spine in neutral position causes vertebral body failure with central depression of the subjacent superior end plate, most often at C5. With massive axial loads, the intervertebral disk herniates through the end plate of the subjacent vertebral body and causes the body to explode from within, dispersing the fragments (burst fracture). Retropulsed fragments frequently damage the spinal cord. If the neck is flexed or if the location and direction of impact force the neck into flexion, the cervical spine is distracted posteriorly and compressed anteriorly. If the forces are relatively small, the injury may consist of a posterior ligament sprain (hyperflexion sprain) and possibly a compression fracture of the vertebral body. Disruption of the posterior ligament complex may be evident on radiographs as a focal kyphosis localized to the level of the sprain, often with subluxation of the facet joints and fanning of the spinous processes (Figs. 3.10 and 3.11). The abnormalities are accentuated with flexion and reduced with extension. The anterior compression fracture may be evident as loss of height, buckling of the anterior cortex, disruption of the end plate, and wedging of the disk space. Because the middle column is intact, this injury tends to be stable. Prevertebral soft-tissue swelling tends to be minimal and focal, reflecting the integrity of the anterior longitudinal ligament. If the direction of force is slightly to one side, the injuries may be eccentric. Delayed or failed ligament healing is a common complication.

If axial compression with hyperflexion is caused by large forces, a fracture dislocation may result (hyperflexion teardrop injury). This grievous injury is usually accompanied by quadriplegia from contusion of the anterior portion of the spinal cord. Massive posterior distractive forces disrupt the posterior ligament complex and dislocate the facet joints. The anterior and middle columns are disrupted with tears of the longitudinal ligaments and the intervertebral disk. A triangular fragment (teardrop fragment) is sheared off the anterior-inferior corner of the dislocating vertebral body. The result is complete disruption of the cervical spine, with the superior portion displaced posteriorly and angulated anteriorly. The injury is recognized radiographically by focal kyphosis, posterior dislocation, distraction of the posterior elements, and the teardrop fragment of the anterior-inferior corner of the superior body (Figs. 3.12 and 3.13). Diffuse, marked anterior prevertebral soft-tissue swelling is always present.