As a child, the young woman in this case suffered from an attack of rheumatic fever. Subsequently, she developed mitral stenosis and had a mitral valve replacement. She also developed progressive painless deformity of the hands and feet. On clinical examination, the deformities were reducible with mild compressive pressure on a flat surface. No associated tenderness was elicited. 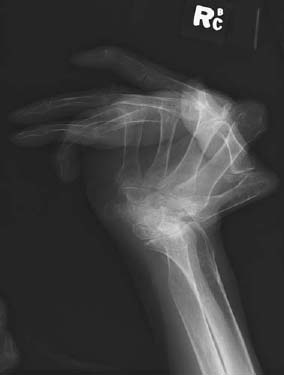 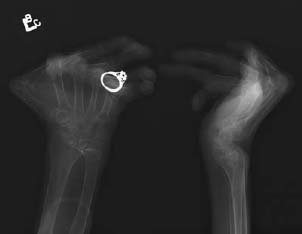 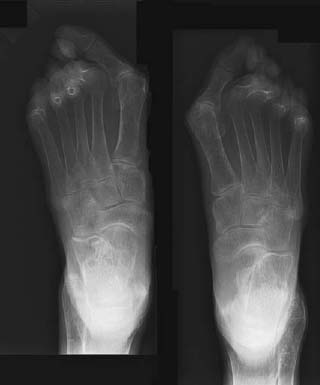 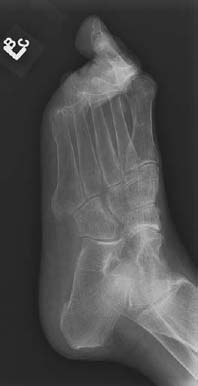 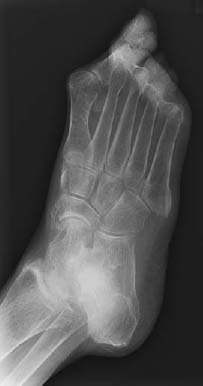 On clinical examination, this characteristic deformity may be found in the collagen vascular diseases, especially systemic lupus erythematosus (SLE).

It is very rare that similar radiologic findings may be seen in rheumatoid arthritis, ankylosing spondylitis, or Ehlers-Danlos syndrome.